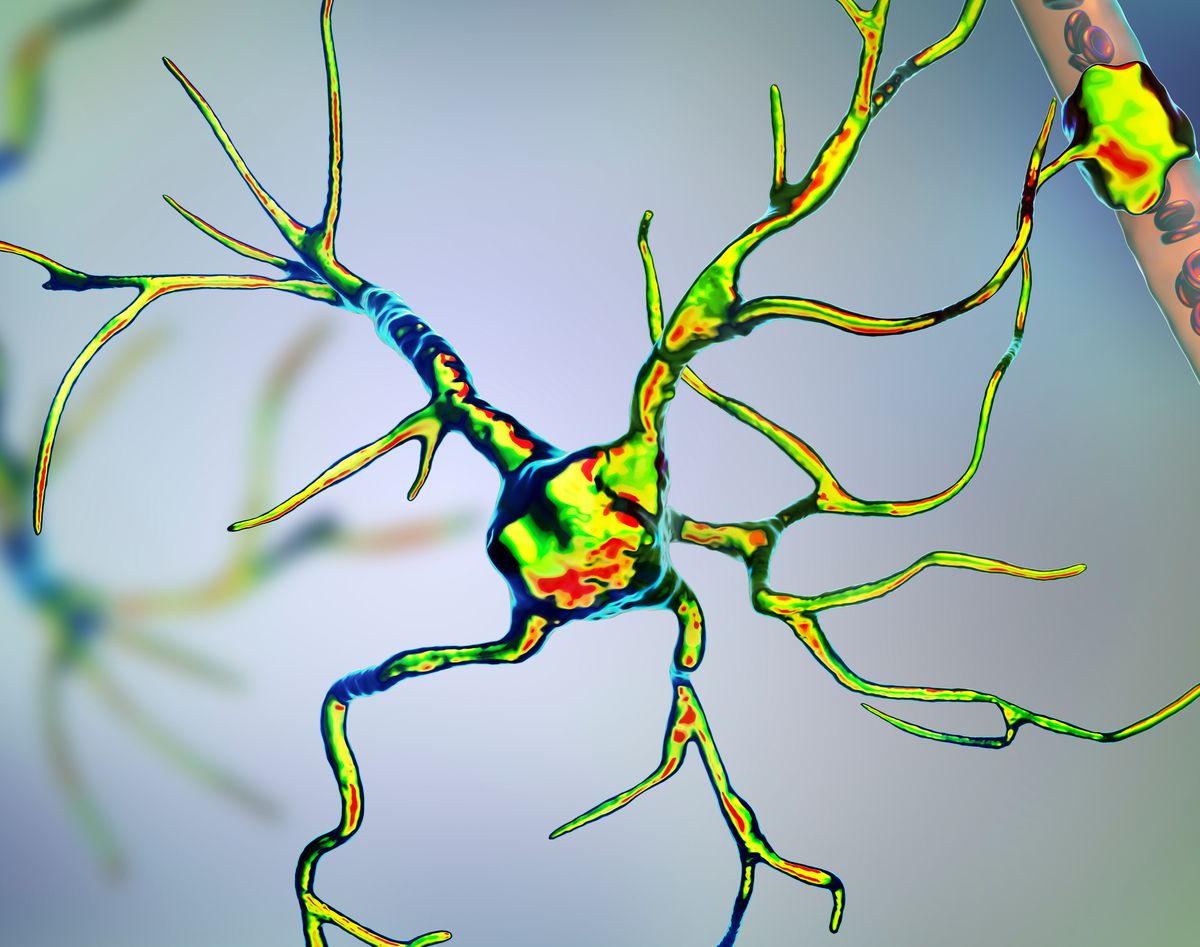 What are the Causes of ALS?

Although it is not clear what causes ALS, current theories include gene mutation, overactive immune response, protein mishandling, and chemical imbalances.

Gene Mutation
Research has been able to identify gene mutations in about 10 percent of sALS cases. In the other 90 percent of cases it is unclear how genes are involved, but research indicates that disease onset is the result of multiple gene mutations.

Overactive Immune System
Although we do not know how the immune system is involved in disease onset, it is presumed that abnormal inflammatory responses are involved. Activated proteins involved in the immune response amplify the inflammatory response and recruit proteins that may produce a harmful cascade of events. This could lead to motor neuron death resulting in the onset of ALS.

Protein Mishandling
Protein misshaping within cells is detrimental to cell life. Most commonly, protein misshaping is the result of DNA mutation. DNA is like the blueprint for protein, if we were to imagine that protein were made up of individual building blocks, the DNA would be the instructions for which blocks go where. If the DNA is changed, even by one molecule, it could change the entire structure of the protein. This is problematic because the structure of a protein determines its function. By changing just one building block, a crucial protein my loose crucial function leading to cell death.

A common mutation found among people with fALS is found in the gene referred to as “SOD1”. This gene protects the cell by binding to naturally occuring zinc and copper atoms. Copper and zinc by themselves are detrimental to the cell. This mutation changes the configuration of proteins specifically in motor neuron cells. Changing a protein's shape will alter its function. Without the SOD1 protein there is nothing to stop the zinc and copper atoms from altering the cell, resulting in oxidative stress.

Oxidative Stress
Oxidative stress is “stress” caused by chemical imbalances within a cell. Balance is the foundation of the chemistry of life. Without balance, things stop working the way they are supposed to. There are tons of different things trying to throw off the balance found within a cell.

Zinc and copper atoms are electron deficient atoms, meaning that they will tear off electrons from other molecules within the cell, affecting cell transport, structure, and function. This is known as oxidative stress. Such alterations eventually result in death.

Protein Clumping
Protein aggregation or clumping is another way that proteins can cause cell death. In ALS, this is often results from an excess of a protein called ubiquitin. As you might guess, this protein is so-named because it is found everywhere throughout. One of ubiqutin’s many functions is to mark proteins for degradation.

Once a protein is no longer needed, the cell gets rid of it. It is marked for degradation, meaning that it will be taken apart and then the cell gets rid of it. This process takes multiple steps; marking the protein, breaking it apart, and then removing it from the cell. When one step happenings faster than the others the protein will build up; like an assembly line that starts off too fast and the rest of the line can’t keep up. If there is too much ubiquitin, the cell cannot get rid of proteins fast enough causing protein clusters to build up. Protein clumping can be detrimental to a cell, oftentimes resulting in cell death.

Excess Glutamate
Another potential contributor seen in the onset of ALS is excess glutamate. Glutamate is the most abundant neurotransmitter in the body’s nervous system. It is in charge of communication between cells, allowing communication from the brain all the way down to the foot. Although vital for cell function, too much glutamate can be harmful. An overabundance of glutamate was identified as one of the main causes of neural degeneration in ALS patients in the 1990’s. In 1995, the FDA approved the drug Rilutek, which directly regulates glutamate concentrations, unfortunately the treatment has shown to increase life expectancy after diagnosis of ALS by just a few months.